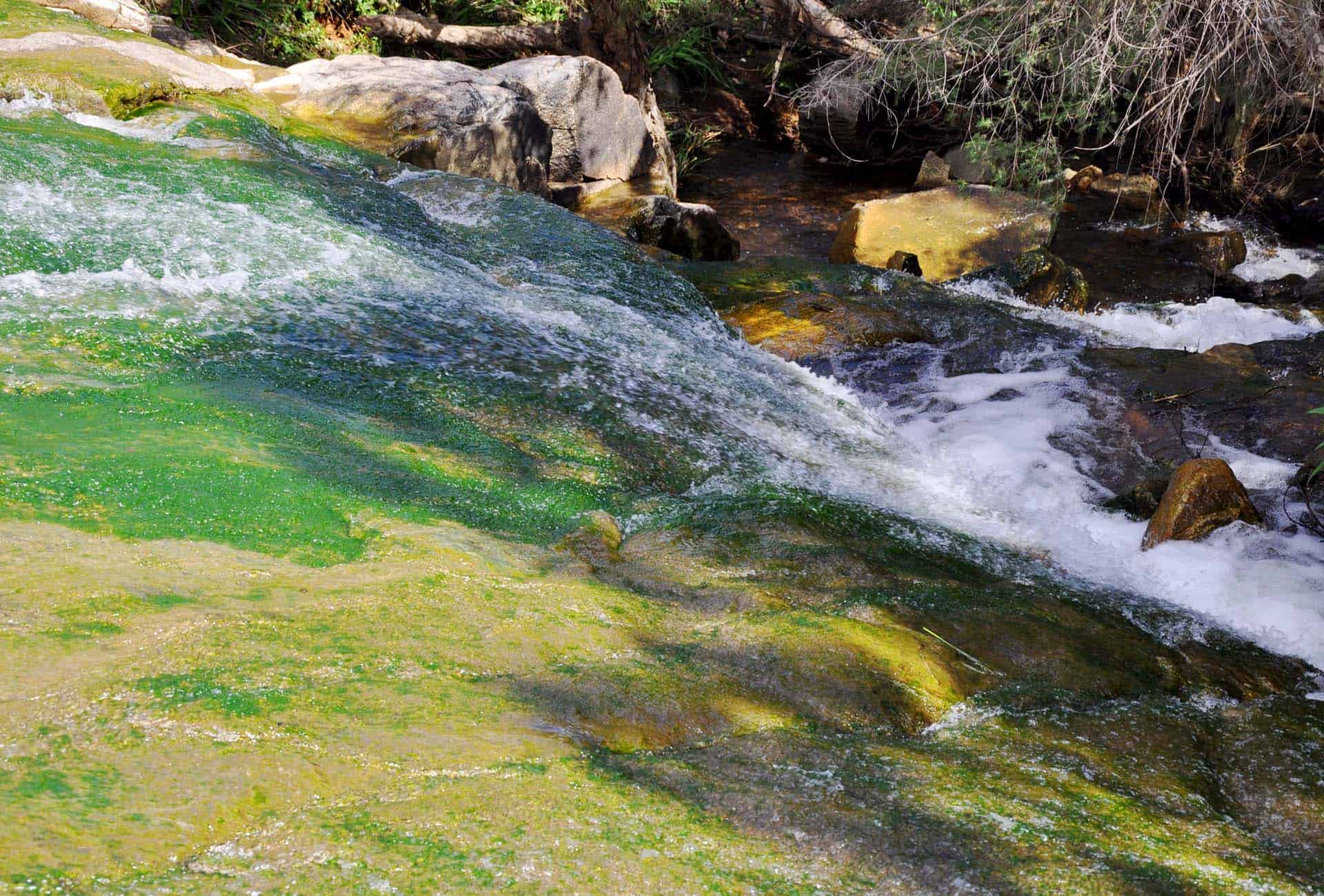 In contemptuous disregard of decades of insistent public demand to ban fracking the McGowan government gave this universally hated ecocide a green light. When did the WA community grant this administration the authority of totalitarian rule over and above the constitution? Such far-reaching provision has never taken place and never will, so how come these corporate shills masquerading as government ignore insistent and ongoing public demand to ban the ecocide of fracking? They unconstitutionally, unlawfully and illegally ignore years of unrelenting public protestation. Public objection is founded upon ever-amassing proof of harm confirming this devastating eco-terrorism has no place in civilized society.

The overwhelming community majority oppose the criminal insanity of fracking, but it seems this fascist administration is above the law having assumed the role of absolute dictatorship. Perhaps the likes of Pol Pot, Stalin and Hitler might approve McGowan’s dictatorial abuse of power, but the environmentally concerned WA community do not. The key role of government is to authentically represent the will of the people. Accordingly, its mandate remains to not only permanently ban fracking but criminalize it for the ruinous eco-terrorism it is. Government does not possess the authority nor the lawful remit to directly counter the overwhelming majority will of the people. This raw fascism is vehemently rejected by the WA community. It’s difficult to comprehend the depth of spiritual impoverishment required to endorse such a deeply offensive insult to the spirit of place. Only a total absence of spiritual awareness, or more likely a devout allegiance to satanism, could sanction such hateful ecocide. It also highlights the all-pervasive level of corruption directing government decision-making being comparable to the insidious influence of history’s transnational drug gangs and banking cartels.

The McGowan administration was elected exclusively on the premise of stopping fracking, clearly a camouflage position now exposed as low cunning in order to gain office while they surreptitiously devised machinations to inflict it in disregard of decades of forceful public opposition. This conclusively proves that all along they planned to betray the electorate which translates to duplicitous government at its absolute worst. Most viewing this will be aware that all state and federal governments are private corporations. This means all contracted functionaries such as government ministers etc are constrained to the immutable articles of Law Merchant and therefore subject to full and unlimited liability under UCC codes and statutes. Accordingly, I recommend everyone investigate formal notices of liability that must be notarized sent in affidavit form by registered mail to each and every government individual responsible for this treasonous betrayal.

These notices of liability should assert penalties of ten million dollars damages for each and every negative outcome inflicted by fracking. Legally and lawfully responsible corporate officers (government personnel) are forewarned in writing; admissible evidence in a court of law and the International Tribunal into National Justice:of a clear and present danger with the known hazards unmistakably presented on the record as incontestable proof of harm. Ignoring urgent alerts forewarning detriment of the environment or harmfully impacted communities and individuals has consequences under UCC law that can and will be imposed. In my last video covering fracking I had the opportunity to personally ask Premier Mark McGowan about not representing the will of the people. He meticulously evaded my query by disingenuously referring to his unsolicited and unauthorized sham inquiry.

Any inquiry that gives fracking a clean bill of health must by definition be unreservedly corrupt. In other words, McGowan’s malevolent menagerie of maleficence never had the slightest intention of authentically representing the prevailing will of the people. Instead it submissively kowtows to the rapacious, ecocidal greed of a criminal corporatocracy. Anyone clinging to the threadbare hope that we have a democracy needs an urgent reality check. No such thing exists with globalist architects of control directing the slow burn of this nation along with countless others. This is greatly exacerbated by the imposition of the criminal hoax of Covid-19 and its fascistic lockdown.

Fracking is not about gas mining but in my view is a genocidal mechanism to deliberately destroy water supplies. Despite whatever propagandized disinformation McGowan’s egregiously corrupt inquiry might claim fracking will permanently contaminate and pollute water reserves wherever it occurs. It’s impossible for it not to.

This, in tandem with the fake pandemic, is absolute terrorism!

What can’t the spiritually impoverished WA government understand about the proven dangers of fracking? What doesn’t it comprehend about 100% guaranteed contamination of limited water reserves? Is it hopelessly confused in regard to problems with radioactive fracking waste disposal? Is it mystified by unrelenting carcinogenic air pollution containing VOC’s – irreversibly polluted waterways – runaway public health impacts and triggered seismic activity such as earthquakes? In an amazing demonstration of retarded feeble-mindedness this government responded to my last registered concern highlighting these established perils by saying it would commission another independent inquiry into fracking.

This slippery doublespeak disingenuously attempts to ignore these proven dangers while unlawfully disregarding insistent public demand to permanently ban fracking. For reasons only understood by eco-terrorists and socio-psychopaths at the time of this broadcast they have yet to honour emphatic public direction to ban fracking. This direction has been repeatedly submitted ad-nauseum and is not a request but a nonnegotiable instruction to public servants from their employers the tax-paying public. Government is constitutionally and lawfully compelled to comply with this unambiguous direction. Clearly it means nothing to them that over 75% of chemicals used in fracking affect the eyes, sensory organs, respiratory and gastrointestinal systems. Evidently, they couldn’t care less that 40-50% of these toxic chemicals affect the brain,nervous, immune and cardiovascular systems along with the kidneys. 37% disaffect the endocrine system – 25% cause cancer, gross mutations and horrific birth defects.

More than 40% are proven to have disastrous ecological effects damaging livestock, bird, aquatic and other wildlife. Do they see it as a joke that fracking pollution inflicts nonstop nose bleeds in defenseless children, chronic asthma and obstructive pulmonary diseases while causing cancer from radon exposure linked to breast cancer and reproductive problems from exposure to benzene? The sickening litany of fracking-related injury is endless but in answer all they say is that they need another inquiry. What bollocks! Fracking unfailingly deforms hitherto pristine environments into toxic wastelands even if the process is conducted properly. Fracking is unavoidably detrimental producing hazardous levels of air and water pollution ruining the environment while adversely impacting public health. In addition, the heavy traffic, noise and foul odor that accompanies fracking, as well as the socially disruptive effects of temporary boom-towns and the ruination of the natural environment are additional health hazards. Such risks are magnified when inflicted upon densely populated communities immediately trashing real estate values while exacerbating concerns about the effectiveness of seemingly non-existent regulatory systems. Once any property falls into fracking’s polluting shadow it becomes utterly worthless and can’t even be given away.

A massive and ever-growing body of evidence confirms correlations between fracking and premature birth, high-risk pregnancy, asthma attacks and crippling migraines. Furthermore, shale gas is not a clean source of energy. Methane is a potent greenhouse gas in its own right, and when burnt, produces copious volumes of carbon dioxide. Shale gas extraction undermines reduction of greenhouse gas emissions being measurably more polluting than coal. The transparent ruse of government saying it needs another inquiry is angrily rejected by the public because all relevant proof of harm is comprehensively documented and fully understood. Government knows all this perfectly well, but couldn’t care less.

Along with countless other concerned groups and individuals I’ve spent years sending every conceivable proof of harm underscored by incontestable scientific evidence to the appropriate departments. All of this is ignored while they viciously turn upon their own people in a relentless genocide. Once again government is instructed by an overwhelming community majority to ban fracking in perpetuity for all the compelling reasons outlined. Refusal to comply with this lawful direction confirms its corporeal status as organized crime.