Globalist tyranny now stomps its jackbooted heel into the upturned face of the betrayed Australian nation reducing it to a totalitarian basket case. A brutal grinding of that heel sees endless government overreach manifesting in the despicable Identify and Disrupt Bill 2021 that permits the Australian Federal Police and covert Intelligence agencies to hack into email accounts and social media to manipulate and pervert content to suit their nefarious agendas. This permits the organized crime of Australian police to fully control anyone opposing their tyrannical rules and unlawful covid oppression. It also facilitates the covert setting up of targeted individuals for indictable offenses never committed. Fascist Australia unconstitutionally closed state borders while healthy groups and individuals were arbitrarily locked up in forced isolation (euphemistically called quarantine) the moment a fraudulently rigged PCR test provides a false positive result. These were replaced by equally unfit for purpose Rapid Antigen Testing that exhibits the same corruption through providing positive results from tap water. Accordingly, victims are extorted out of large sums of money for unsolicited, inconvenient and utterly pointless hotel quarantined isolation despite exhibiting no signs of being unwell nor actually having any illness whatsoever. It’s criminal insanity to force-quarantine healthy sections of the community, most especially on the basis of a corrupt testing methods deemed unfit for purpose and discontinued by the CDC. Coerced testing and quarantining is a criminal breach of Article nine of the International Covenant on Political and Civil Rights and violates the international charter of Bioethics and Human Rights along with all 10-tenets of the Nuremberg Accords. 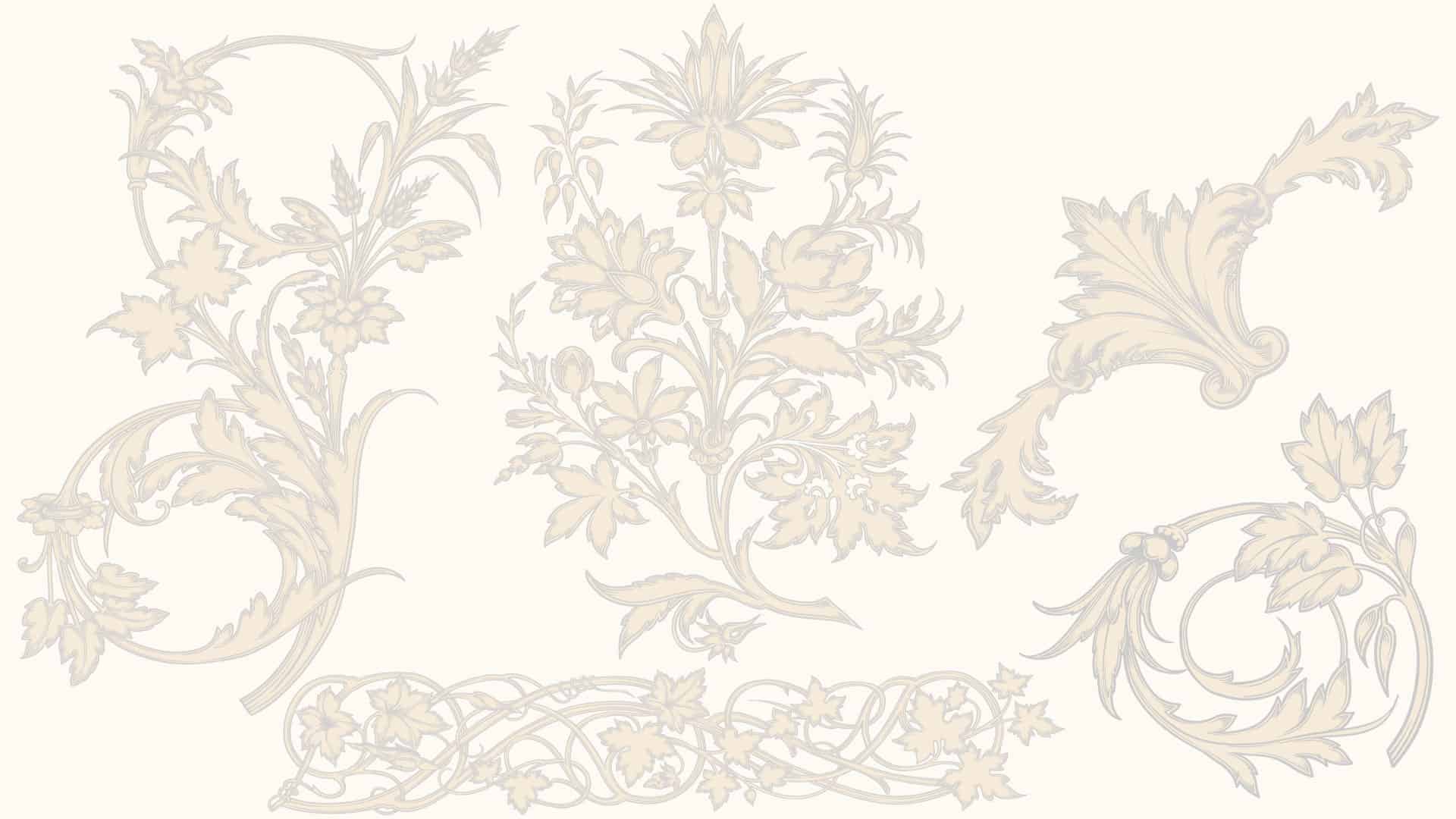 Examine the role of government and what it’s constitutionally mandated to do as opposed to what it actually does. In other words its unconstitutional and blatantly unlawful activities. Let’s examine the situation through the lens of a hypothetical community organizing a new settlement. They decide for the overall good of the community it would be best to hire a contracting company in order to set up the required infrastructure of roads, water supply, energy needs; all the essentials for day-to-day living. Accordingly, they contract a small group for this express purpose and, reasonably enough, expect them to fulfill all contractual obligations. So let’s call this small contractor the government and call the contract the constitution. The first thing the contractor does is advise that in order to create the infrastructure they require new offices and up-to-date housing that must be paid for by the community along with the latest cars for all their employees. In addition, this extensive motor pool must be upgraded to new models every year plus all workers demand comprehensive living expenses with index-linked pensions including lavish retirement benefits. This describes our self-serving government of predatory parasites.

However, government gangsters ignore constitutional constraints to have been stealing land under the guise of Agenda 21 for decades. This has now resulted in the standoff in Burns Oregon, but not before federal agents and professional mercenaries ambushed and murdered a dissenting rancher by shooting him in the face 9 times. These hired killers are now threatening lives and violently oppressing neighboring ranchers. In Australia the situation has yet to become as openly volatile, but government disregard for the rule of law underscored by its contempt for the constitution are issues that must be understood. Will the current USA situation happen here? In my view it already has in Port Arthur, Tasmania on Sunday April 28  1996 when black ops government mercenaries murdered 35 people and injured 20 others. The intellectually impaired patsy Martin Bryant with an IQ of 66 is physically and mentally incapable of these crimes that he is falsely imprisoned without trial for. This then raises the question what’s the difference, other than immediacy, to being shot to death by government assassins or the slow kill of being sprayed by toxic chemtrails and poisoned by fracking, fluoride, smart meters and weaponized vaccines?

Most people have a basic idea of what government is supposed to be in terms of its constitutionally chartered purpose and municipal functionality, but remarkably few understand how far-removed from these routine concepts the blunt reality is. To begin with its important to accept the unpalatable but undeniable fact that government exists for one thing only and that’s to expand and maintain its own existence. Self-preservation is its overarching prime directive at the cost of every other consideration and it stops at nothing in pursuit of this imperative. However, the more its downward spiral of abhorrent corruption is exposed the more ferocious its determination to ensure its own survival over and above all else. In short, governments are the root cause of all the evils plaguing the planet. The cancerous plague of government cannot change because the strictly controlled design of two party tyranny disguised as democracy forcefully excludes alternatives. Its purpose is to divide and rule through keeping purely cosmetic political parties distracted by squabbling among each other while maintaining the illusion the people have meaningful participation. They don’t and under this control system they never have! The micromanaged illusion of choice is reduced to which competing glove-puppet-party of the deep state masquerades as effective government. It’s a systemically entrenched sham enforcing compliance from any member opposing party-line-criminality regardless of personal convictions or strongly held community views. Accordingly, instead of providing authentic representation elected representatives become consummate liars whose primary purpose is to maintain the threadbare illusion that the peoples voice matters to a criminal technocracy. It doesn’t, it never has, and it never will! Public opinion is beneath contempt to these criminals, a disdain openly exhibited through ignoring the international law that criminalizes forced medical intervention without consent. All entering politics unfailingly become corrupted once ensnared in its unseen, unspoken and unreported machinations. Most enter with honorable intentions but abruptly discover they either conform or get unceremoniously dumped and publicly humiliated via corrupt media. Alternatively, the glittering attraction of powerful high-profile careers rewarded by million-dollar pensions mollifies potential pangs of conscience and surreptitiously shepherd’s newly elected candidates into the satanic fold of unquestioning obedience. From that point on they are enslaved to a system of unspeakable evil that requires potent coping mechanisms to hide the truth from their own spiritual acuity and conscious awareness. They obfuscate the disturbing reality of their betrayal learning to live a never-ending lie that cloaks personal dishonor, moral depravity and intellectual dishonesty. Few maintain friends from the past and frequently family ties become increasingly tenuous in tandem with an unstoppable slide into the luciferin mire. Most convince themselves their conduct is entirely different from the repugnant truth, a self-deception that ultimately manifests socio-psychopathy. Such low vibration characteristics are an essential prerequisite for political leadership; even at minor levels.

Well-meaning attempts at making them see how the fetid swamp of political life penetrates their souls are heatedly denounced. Advancement in political life demands an unavoidable conversion to the ways of evil which manifests with consummate stealth. It covertly assumes control without recognition and maintains its camouflage via material success without its victims’ understanding. Ask any one of these upstanding ‘elected representatives’ if they’d knowingly participate in mass murder and they’ll dismissively laugh at the notion, but the fact remains its what they are an active part of every single day. Suggestions they condone extortion, racketeering, mass poisoning, the chemical rape and torture of defenseless infants will be hotly refuted, but anyone in government is an integral part of ongoing multiple crimes against humanity.

Instead of authentically representing communities they obsequiously follow criminal agendas. Every aspect of governance is compromised into corrupt subservience to treasonous political, judicial and financial systems of absolute evil. This wretched circumstance will progressively intensify and worsen until enough critically thinking groups and individuals summon the wherewithal to take it down. The quickest way to accomplish this is via the 1215 Magna Carta’s – Article 61.

The road to restoring lawfully authentic government begins with exposing the truth. This unassailable truth is that we currently endure a predatory parasite masquerading as government under the direct control of a malevolently satanic corporatocracy. Like most parasites it will ultimately destroy its host. Each and every single one of us respecting human values and the sanctity of nature should do everything possible to stop this Luciferian satanic blood cult Babylonian priesthood.