Death by medicine – First pretend to do no harm.

What exactly do we get in return for our fraudulently extorted tax dollars from this incurably corrupt government of predatory parasites whose institutionalized lies and systemic deceit grows increasingly threadbare? It’s hard to know what to choose first from the Canberra crime cartels stunning smorgasbord of corruption, but the war crimes of invasion and occupation of sovereign nations based on total lies now worsened by genocidal lockdowns make a good start. This is now exacerbated by the further genocide of weaponized covid-19 jabs and the treasonous supporting of fascist Ukraine.

Another shameful example is the deep-state sponsored black op’s mass-murder at Port Arthur and the inhumane setting up of intellectually impaired patsy Martin Bryant, toxic water fluoridation, ecocidal fracking, the suppression of natural healing methods including myriad natural cancer cures; the shameful litany is endless but distills down to one word – genocide! Evidence of this degenerate treachery accumulates in lockstep with the looming legal actions from an outraged community that will soon target high-profile repeat offenders in vigorous and determined criminal prosecutions. The moral vacuum enveloping those responsible is truly sickening. Bestowing the customary title of  ‘honorable’ upon irredeemably corrupt politicians is yet another satanic inversion of truth since I’ve yet to encounter a single public representative demonstrating that characteristic. 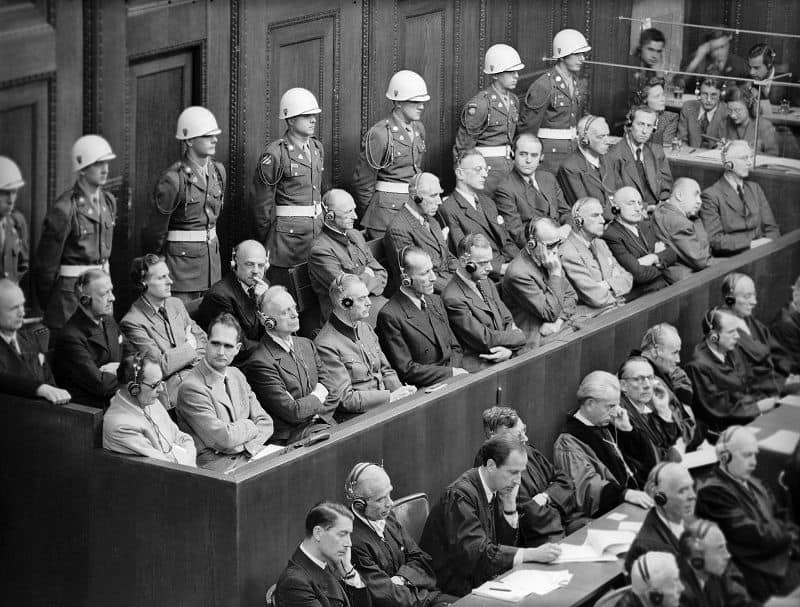 Uppermost on the wanted list for the most hateful crimes against humanity are the recidivistic government liars of state and federal health departments and the unconscionably evil TGA. These malevolent government ghouls are demonstrably guilty of multiple counts of maleficence of public office. A serious criminal charge that invariably results in a custodial sentence. The ever-tilting balance against the criminal corporations masquerading as government sees increasingly frantic efforts to uphold their disintegrating webs of lies, but all such defensive measures are doomed to failure and inevitable defeat. Governments are waging genocidal war and economic terrorism upon their own communities with the ever mounting evidence of their hateful crimes amassing exponentially.

An awareness-driven shift is now igniting spot fires of self-destruction with the latest international debacle of the irredeemably discredited vaccine industry and its sycophant government shills scrambling to suppress and demonize truthful exposés. Vaccines are a bio-weapon inflicting runaway death and injury on an unprecedented scale. In fevered desperation to conceal rampant CDC corruption and criminal scientific fraud they idiotically banned the documentary film VAXXED they’d not even seen, such is the paralyzing fear of exposure. This escalating panic now strikes dread into the black heart of the death & suffering for profit cancer industry generating billions of dollars from peddling barbaric, torturous treatments that cannot prevent or reverse cancer. This socio-psychopathic profit model is founded upon the inhumane suppression of cheap and effective natural cancer cures and is directly responsible for the worst and most far-reaching case of premeditated mass murder in all of human history.

The breakthrough documentary ‘The truth about cancer’ sent tectonic shock waves reverberating among the medical mafia thugs who lash out blindly in frenzied efforts to obfuscate the unfolding exposure. They ceaselessly struggle to silence, censor, intimidate and distort the irrepressible truth. However, their pathetic efforts now routinely fail and have the reverse effect by waking more people up to the escalating global genocide. Cowardly government and media trolls parrot their feeble fluoridation lies while forever backing down from open invitations for a live debate with an informed citizenry. In full retreat these lowlife criminals continually refused to debate fluoridation expert Dr Paul Connet and quaked in their boots at the prospect of dialogue with the eminently qualified Dr Geoff Pain on his successful WA lecture tour. Why? Because their threadbare lies and propaganda are effortlessly disproven. They totally disintegrate when confronted with the mountain of incontestable evidence comprising tens of thousands of reputable scientific studies, peer-reviewed papers and corroborated reports. 98% of the world’s population emphatically reject this hazardous toxic industrial waste of fluoride which is even more poisonous than lead. The world’s foremost authority on dentistry the international academy of oral medicine and toxicology absolutely oppose water fluoridation.

Here in Australia venomous government trolls persist with the same despicable lies they’ve always used to perpetrate this criminal scam. Adding neurotoxic poison to public water supplies is a calculated crime against humanity. It occurs in tandem with the blanket spraying of chemtrails containing Nano particulate smart dust (programmable matter) the endless onslaught of toxic GMO’s, weaponized smart meters, weaponized 5G microwave towers, weaponized vaccines, ecocidal fracking and very much more never-ending evil besides. This relentless genocide ramps up all around the planet in a fully-fledged depopulation effort. Its aided and abetted by high echelon pedophile rings of the ruling elite with their child sex slavery and murderous, cannibalistic satanic rituals. Heavily armed riot squad Australian police (officially a terrorist organization under authentic law) turn out in force to unlawfully arrest defenseless pregnant women for putting up Facebook posts or informed individuals sensibly not wearing a self-harming medical mask. These same unconscionable thugs shamefully refuse to investigate rampant pedophilia and child sex trafficking. Twenty thousand children go missing in Australia every year while mercenary police cowards focus upon arresting people for not social distancing or not wearing a stupid facemask. Such gross maleficence of public office demands forensic investigation from a royal commission, but we’ve yet to see any moves towards this essential outcome.

Most people don’t care to know this horrific truth. In spite of it being self-evident they pretend it’s all nonsensical conspiracy theory. This irresponsible apathy and willful ignorance arises from those who have learned to accept unquestioning servitude to a criminal authority that progressively strips away their civil liberties and repeatedly violates their basic human rights. Unlawful lockdowns, ecocidal fracking and water fluoridation violate fundamental freedoms along with the basic, inalienable human right of entitlement to clean water, to say nothing of the aforementioned crimes against humanity. Reporting this painfully obvious evil subjects me to the sniggering ridicule and mocking derision from those choosing ignorance over enlightenment. Nothing reported here is falsehood or exaggeration. Neither is the relentless slide into violent fascism a laughing matter.