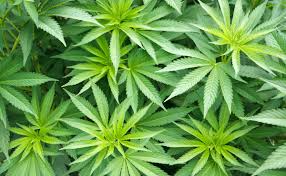 Carefully concealed behind elected governments hides a predatory criminal control system with its many tentacles exerting a covert stranglehold, an ever-constricting death grip, on this planet and all its inhabitants. This totalitarian power base has no allegiance to nations or their peoples and it shows malicious contempt for humanity via its unrelenting genocide. It’s higher echelon members routinely commit extreme crimes against humanity and indulge the most abominable ritualistic murder including satanic child sacrifice, the drinking of adrenaline infused blood and cannibalism.

They steal incalculable volumes of public money while corrupting our social structure, media, military, justice system. It has no consideration for the well-being of the planet as evidenced by its horrifically ecocidal geoengineering chemtrails, weaponized microwave towers, weaponized vaccines, weaponized smart meters, devastating fracking operations and ruinous water fluoridation; and it wields absolute religious, political and economic control.

This covert, satanic power structure is so deeply entrenched that no elected group or representative dare summon the political will or personal courage to challenge or oppose it. As a result of this institutionalized political cowardice we are unlawfully deprived of the constitutional provision of dependable, authentic law and order. We are robbed of judicial impartiality with senior police officials, magistrates, judges and all aspects of the courts irredeemably corrupted by this controlling force of evil.

Pursuant to this; the so-called ‘war on terror’ is a complete and utter fraud, an unmitigated fabrication born out of increasingly transparent lies. In other words, the war on terror is an obscene satanic lie. So too is their miserably failed war on drugs with its trumped up and entirely baseless focus on hemp. For those who might not know hemp is a benign bushy plant that can grow up to 4 meters. Although hemp and marijuana originate from the same species of plant, they are in fact markedly different. However, calculated misinformation falsely categorizing hemp as marijuana has inflicted far-reaching impacts on global socioeconomics and sabotaged the environment.

The reason hemp is illegal is not because it might disaffect the environment or public health, but rather the opposite. It is environmentally very friendly while nutritionally and medicinally highly beneficial. In the same manner, as big pharma’s corrupt suppression of countless natural health cures the reason for hemp’s indefensibly unjust victimization is because it provides such abundant and varied resources to the extent that the petrol-chemical industry couldn’t compete. Hemp is the most universally advantageous and astonishingly multi-beneficial plant ever. The history of mankind’s use of hemp dates back to 7000 BC with traces detected at Neolithic burial sites in central Europe. In spite of its glowing historical record of unrivaled service to humanity we now we endure baseless and excessively punitive rules and ever more constrictive regulations controlling the cultivation of industrial hemp. Highlighting the gross absurdity of this corrupt legislation less than a century ago hemp cultivation was mandatory in the USA with government imposing fines against non-compliant farmers. ‘Hemp for Victory ‘was the US government catch cry of the day that fueled the last hoorah of legal hemp cultivation during WWII. Hemp cultivation was enthusiastically promoted as assisting the war effort which only enhanced its long and eminently distinguished history. However, in the early 1950s it was deceitfully manipulated into the same category as marijuana thereby sealing the fate of this unparalleled and extremely versatile crop.

Hemp derives from the same species of plant as marijuana. However, it’s a distinctly different variety of plant with highly significant variances in its constituent parts. Industrial hemp has very low THC which is the principal psychoactive ingredient in pot. It’s impossible to get high on industrial hemp. Marijuana typically contains between 5-10% THC, while industrial hemp contains less than one-tenth of that level. For any effect, you’d need to chain smoke a haystack load to achieve even the slightest buzz. Importantly hemp contains a remarkably robust fiber that can be deployed for an ever-increasing variety of uses. In recent times its making a leading construction material called hempcrete.

Despite negligible THC in the varieties grown for industrial purposes corrupt governments, along with their criminal chemtrailing, water fluoridating and fracking socio-psychopathic chums, collude with political lobbyists in order to ensure that hemp remains falsely categorized as marijuana. The reason for this disgracefully dishonest categorization is because hemp features such an amazing abundance of natural resources including non-polluting fuel, housing products, healthy food items, across-the-board natural healing remedies including cheap and effective cancer cures that the despicable medical mafia are increasingly desperate to contain. Polluting hydrocarbon fuels would vanish overnight if hemp was reinstated as a legitimate resource while Big Pharma’s malevolent, mass-murdering cancer industry would disappear down the toilet where it belongs. Hemp also provides the best possible fiber to make a durable, high quality paper.

Growing hemp for paper production is infinitely preferable to clear-felling old growth forests or the environmentally ruinous monoculture of slow growing, ecologically sterile, pine plantations. Hemp produces 4 times more fiber per acre and can be harvested several times per year. It has the strongest natural fibers which can be used to produce rope, sails, canvass and tough-wearing work apparel. Modern fashion designers experiment with textiles made from hemp for much sought after hemp clothing, shirts, suits, bags, jeans and very much more besides.

Clothes made from hemp are antibacterial, UV protective and very strong. As previously mentioned hemp is also now leading the field as an extremely robust building material, increasingly successful in Europe and elsewhere. Fibres are blended with water and limestone to create an exceptionally tough, light-weight, natural cement featuring excellent insulating properties. It’s also more flexible than conventional building materials. Henry Ford’s first car body was made from hemp and the motor ran on hemp bio-fuel. As I’ve previously reported alcohol prohibition had nothing whatsoever to do with public health protection and everything to do with destroying bio-fuels in order to force the global domination of petrol. Natural hemp oil also has countless other uses and beneficial applications. It can be polymerized to substitute plastics which are extremely durable while completely natural and 100% biodegradable and the pain relief accorded through CBD oil is unrivaled. The human body is equipped with receptors for cannabis oil which provides infinitely more curative measures than any pharmaceutical drug.

Thee fabulous products from hemp can and urgently should replace petroleum plastics worldwide for environmentally compelling reasons. Happily, some car manufacturers are now turning to hemp as a resource to provide remarkably light-weight yet shock-absorbent and environmentally friendly material for car construction. Due to the high biomass hemp is an ideal source of ethanol, eminently preferable to world polluting gasoline. It’s capable of fueling all types of engines without producing toxic combustion gases that destroy the atmosphere, poison the air and create acid rain. Let’s examine just a few examples as to why hemp cultivation should be fully restored without delay.

Hemp’s unjustified and entirely corrupt classification as an illegal substance is criminally upheld by the oil companies in collusion with disgustingly unethical government. Hemp became unjustly illegal the moment it presented serious competition to the petro-chemical industry. Without exception everything made from petrol and trees can be better made from hemp. Modern day commercial hemp production is purposely made exceedingly difficult requiring special government permits wrapped in impenetrable layers of bureaucratic red tape. Commercial permits are seldom granted and on the rare occasions that they are they require that crops must be surrounded by preposterous security measures such as high fences, razor wire, security guards, or guard dogs. For a crop that has no effective psychoactive capacity this scandalous legislation is manifestly and unforgivably corrupt. Hemp is the most pre-eminently useful plant of all time — a natural, sustainable, endlessly renewable resource greatly revered by our ancestors throughout recorded history. Instead of tolerating this outstanding plants corrupt prohibition we should insist upon utilizing its remarkably wide-ranging applications to heal and restore both ourselves and the planet. Hemp is the most immensely valuable plant with unlimited potential to solve myriad economic and environmental problems while providing incalculable, cheap and effective remedies for public health.

Its economic and public health values are inestimable as proven by ten thousand years of greatly benefiting human society. Yet, in spite of all these well known, established, incontestable facts, we are deprived of its countless benefits through crime gang government and an unconscionably vicious medical mafia. Industrial hemp could quickly transform the global economy in a beneficial and highly restorative way. There is no sane or authentically lawful reason why hemp should be illegal. There are only criminally insane and intolerably corrupt reasons why its suppressed.