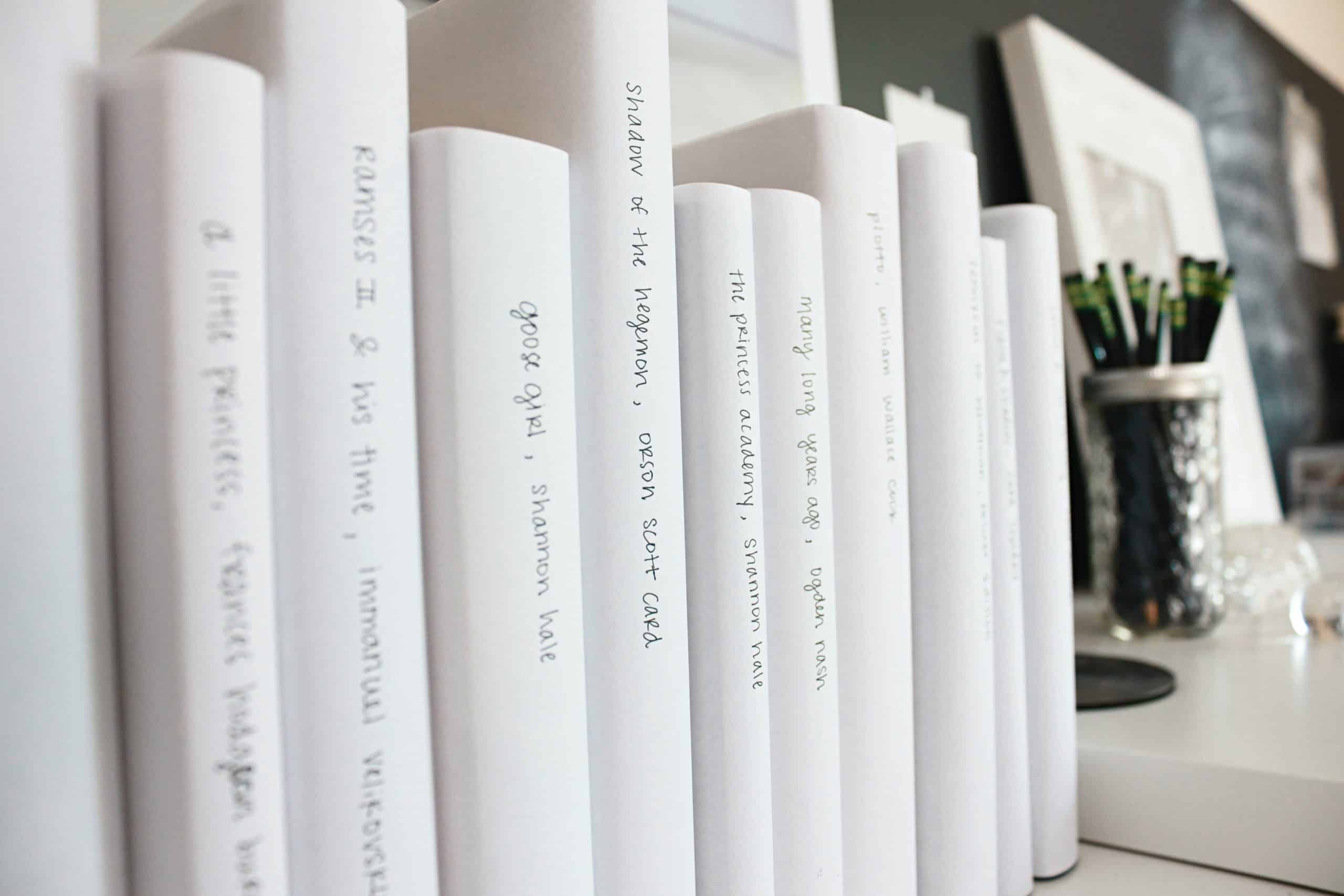 Escalating corporate maleficence snakes its toxic tentacles into every aspect of life in a litany of malicious crimes against humanity. This relentless criminal onslaught increasingly erodes civil and human rights and basic freedoms in an attempt to negate all avenues of redress or legal remedy. This corrosive process has been under way for decades wherein so-called ‘authorities’ can detain anyone they arbitrarily deem in need of psychiatric supervision. Such oppression facilitates government by a luciferien satanic blood cult of malevolent pedophiles and child sex traffickers. This can only happen through the overt collusion of criminally corrupt media in the same underhanded manner as consistently promoting fear through the Covid-19 scam.

We never learn of this Stalinist abuse of power because 85% of the world’s media is owned by only five corporations ruthlessly wielding their monopoly to enforce their globalist agenda. This entire coronavirus scam could not exist without the criminal collusion of media. The ongoing assault is ramped up via unlawful lockdowns now dangerously exacerbated with Victorian Stazi police arresting a pregnant woman for the supposed ‘crime’ of sharing a Facebook post. Criminally controlled mainstream media is not only an enemy of truth but a perilous threat to humanity.

Any notion of a free and independent media is a revoltingly sick joke.  The Australian mainstream media annually gather at the tinsel decorated trough in their orgy of self-congratulation that history will enshrine in the annals of hypocrisy. The Walkley Awards exist for what they laughingly claim to be excellence in Journalism; but in fact stands as a festering emblem of deceit blighting all of humanity and the entirety of nature. All the worlds major ills are directly attributable to corrupt media because they could not exist if factual truth were authentically reported. These unconscionable groups and individuals cover up multiple war crimes, the wholesale mass slaughter of prescription drugs, incalculable incidence of vaccine inflicted injury and death plus the criminal maleficence of public office as evidenced in the economic terrorism of unlawful lockdowns. They knowingly support the imposition of a globalist fascist regime. An unelected technocracy of socio-psychopathic mobsters who’ll have no need of shill journalists once they complete their power grab.

It’s a night of gutless wonders celebrating the betrayal of truthful news reporting and meaningful current affairs. Amid the moral vacuum of backslapping and theatrical acceptance speeches I wonder how many secretly acknowledge the fact that this despicable group makes satanic mockery of objectively truthful reporting. These unconscionable criminals, especially their ‘TV celebrity’ news anchors, will face the full weight of public justice for knowingly facilitating countless crimes against humanity. The fake pandemic only exists in fearmongering media with no actual threat to public health present in reality.

No reporters have exposed the environmental disaster laying waste to southern Queensland where the gas frackers own over 2% of the land. Their toxic fracking operations have forced the evacuation of entire communities unable to live with the unendurable, around the clock – year in year out – unbearably jarring noise and poisoning pollution. Many have been compelled to walk away and abandon their unsellable properties with absolutely nothing. Restricted media coverage of this evil has allowed it to flourish unhindered to say nothing of the horrific crimes of the 9/11 false flag and the illegal invasion and occupation of Afghanistan & Iraq. This all thanks to the grovelling compliance of criminally corrupt journalism. I see no reason to expect anything different in response to the worsening fracking onslaught here in WA and the runaway tyranny of lockdowns for no authentic reason.

Many claim that the West Australian Newspaper isn’t fit to use as toilet paper. A more prevalent view asserts it’s fit for nothing else. Its skewed journalism isn’t simply the misreporting of news but rather calculated obfuscation and deception. It is in fact an extended arm of terrorism itself owned and operated by a luciferin satanic blood cult. I’ve covered this before, but its overarching importance reemerges after gutless grovelling shills masquerading as journalists ludicrously claim that fracking doesn’t pollute air, disaffect ground water or damage the environment. I’m unsure whether these painfully obvious lies are a feeble-minded effort to mislead or to deliberately provoke outrage. Possibly a mix of both but right now the focus is entirely upon force-feeding the manufactured panic of a non-existent pandemic.

Either way it underscores how unreservedly propagandized this loathsome publication is, so don’t buy it. If you advertise cancel and don’t renew. There’s not a shred of publishing integrity left. Mainstream media is in free-fall both in terms of moral and intellectual credibility as well as commercial viability whereafter it’s only a matter of time before this shameful betrayal of credible journalism vanishes forever. Meantime it’s important not to underestimate propaganda’s ongoing effect while understanding its key role in manufacturing consent for criminal conduct cleverly obfuscated by NLP – neurolinguistic programming. The runaway war crimes of illegal invasions and occupations of sovereign nations could never take place without the corrupt colluding media softening up the public with calculated deception of lurid fabrications. The hysterical fear porn driving the coronavirus scam exemplifies unprecedented collusion of all mainstream media wherein the alleged pandemic only exists in media and not in the real world.

The hideous ecocide of fracking and the pandemic hoax would be stopped in their tracks if objective coverage exposed the obvious truth This is micromanaged perception manipulation, a prime example being the doctored photo image of Lee Harvey Oswald tailored to portray the crazed lone gunman which deep state criminals expertly set him up for. This rampant falsification of authentic news reporting into pure propaganda has disastrous consequences through covering up ongoing crimes against humanity while shoring up predatory rule by socio-psychopathic criminals. This perilous situation will only worsen until an awakened and alert community holds spineless journalist imposters to account.

By publishing propagandized deceit corrupt press insults readers by asserting they are too moronic to discern fact from fiction. Not only does it support the premise that communities don’t deserve the fundamental human rights of clean untarnished water, nontoxic air and an unpolluted environment it’s effectively doing all it can to ensure that guaranteed ecocide takes place. It asserts we deserve outright poisoning by refusing to expose the monstrous scam of neurotoxic water fluoridation. This hateful bias supports the genocide of vaccines and stonewalls the horrific truth about chemtrails, smart meters, the lethal perils of 5G, child abuse, state sponsored child stealing, organ harvesting and human trafficking by luciferian paedophile rings and worse.

This is terrorism. Without mainstream medias deceitful narrative, obfuscation, censorship, false flags and fearmongering fake news none of these appalling crimes could happen. No fake pandemic could exist without the criminal connivance of corrupt media. Systemically dishonest reporting facilitates these malevolent crimes while YouTube and Google increasingly block alternative media channels truthfully reporting current affairs and newsworthy events. Both government and media now use the twisted euphemisms of ‘hate speech’ and ‘political correctness’ to confine criticism and stifle political dissent. This weaponized language is deployed to forcefully prohibit free speech. Legislating any form of speech as a crime is the hallmark of tyranny. Be that as it may corporate media progressively loses control of its perception-deception as heightened public awareness differentiates obvious truth from their transparently threadbare propaganda.

The malicious lies and counterfeit news of mainstream print and broadcast media represent the worst betrayal of journalism in the entire history of news reporting. Honest mainstream journalism is entirely extinguished, crushed beneath the goose-stepping jackboots of corporatism. It’s usurped by a darkly Orwellian post-truth era wherein accurate reporting of verifiable facts is egregiously supplanted by globalist propaganda with truth tellers routinely murdered e.g. US reporter Michael Hastings, DNC whistleblower Seth Rich and a great many more besides. With few noteworthy exceptions like John Pilger the clear majority of Australian journalists assume pole position in a cringing hall of shame for failing to take meaningful action in defense of their viciously persecuted countryman, authentic journalist and real-life hero, Julien Assange. John Pilger has fittingly dubbed these cowardly shills as Vichy journalists in line with the French collaborators of WW2.

The unmitigated betrayal and corruption of journalism facilitates the mass murder of endless illegal wars of aggression, horrific torture, human trafficking, illegal organ harvesting, the rampant pedophilia of child sex trafficking and satanic ritual abuse including infant sacrifice. Such unforgivably wretched depravity is beyond my powers of description and I wonder how these news correspondent imposters, Vichy journalists, can live with themselves. They’re not only collaborators with the enemy but effective front-line terrorists promulgating devastating deception.