Government has announced the introduction of heavily armed units of ‘underwear inspection’ patrols targeting noncompliance with its directive to shit your pants in quivering fear of a fictitious phantom. Clean underwear will demonstrate a recklessly dangerous attitude towards official fearmongering as a strong indication of terrorist leanings.

HIDE UNDER YOUR BEDS!

A further protective measure is now in place requiring all public to hide under their beds. As demonstrated 24/7 on mainstream media panic levels and petrified hysteria must be maintained at the absolute maximum at all times. Pillows over heads (if not still buried in the sand) are highly recommended.

BE AFRAID OF YOUR SHADOW!

Highly paid Big Pharma Medical Experts and even higher paid mainstream media shills have declared the con job virus has now assumed supernatural abilities and lurks ready to pounce from your shadow. It can now cause earthquakes and trigger volcanoes. Sniveling fear and abject terror is required at all times.

ALL HAIL THE VACCINE.

Scheduled online YouTube ceremonies will lead the public through vaccine worship protocol and direct vaccination prayer wave activities. Competitions for the most grovelling hymn of sycophantic vaccine praise and adulation are soon to be announced. (AMA hotly tipped to win this one)

.Citizens are urgently required to download the new government LOO WATCH app and video all toilet activity to ensure unwavering compliance with regulated use of toilet paper. Overuse and wasteful nose blowing will be severely punished.

BE GUTLESS, COMPLIANT AND AFRAID – OR ELSE! 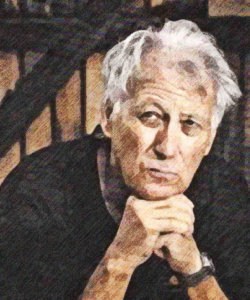